It is with great please that I can now present to all that I will be on display at one of Asia's largest photo exhibitions namely Dong gang International Photo Festival in Korea.

The photo festival runs from 15 July 2016 until 25 September 2016, and I will have 4 photographs exhibited throughout the period under the theme "Flying in the Sky", which probably is not surprising will all be drone photographs.

You can read more on the exhibition website: http://dgphotofestival.com/en/international-open-call/

What a wonderful morning

On this fantastic June morning I did something I haven't done in a Long time........

After pulling a all nighter (for those of you who don't know what that is, it is simply not going to sleep :-/) because of the heat and humidity, I decided to grap my Fuji and head out on the empty streets capturing the beauty of solitude.

Here are my best from the walk. Click any image to go to the album.

It's been ages since I have created some Cinemagraphs.

I love these tiny films turned into animated gif's, with just a tiny part of the image moving.

Let me know what you think and, and please share your own Cinemagraphs in the comments below.

Hey everyone, it's been a while since my last blog post here on bernholdt.dk, sorry for that, I have just been overloaded with work and have been using my spare time on taking photos instead of writing.

A recent Photoshop update has disabled the option to open 32 bit images in camera raw, there is a workaround for it here: The command "Camera Raw filter" is not currently available.

A few days ago I began receiving questions about my workflow when developing my drone photos on twitter, and instead of answering every singe one of you in a email I thought I would write a small Lightroom & Photoshop tutorial on it here on the blog.

First thing first to be able to create a HDR photo you need to capture 3 or more frames of the same image, I am flying a Phantom 3 so it is pretty easy to do that.

Load up the DJI GO app open menu and select AEB, I always choose 5 bracket shots to have more material to work with. For some reason the DJO GO app dosent register that you want to shoot in AEB so make sure to always check by pressing play and verify that it takes 5 shots. I always shoot in dng and set my white balance manually to that makes it much easier to post process the final image.

Before I import my images into Lightroom make sure you clean them up in the DJI dng cleaner to remove those annoying red pixels pots the camera leaves in your dng files, you can download the program for free here: http://www.dji.com/product/phantom-3-pro/info#downloads

Now load all your cleaned dng files into Lightroom.

I usually stack them in groups of five to make it easier to find my way around all the images, this is especially helpful if you have a couple of hundred images from a photo tour. Right click control and select each of the 5 images in a group go to stacking and then click group into stack.

The only thing I do in Lightroom before merging them to HDR in photoshop is that I apply lens correction to all images in that series You can do this manually or you can use this preset I have created for the DJI Phantom 3 lens: PHANTOM 3 Lens correct.zip

Now open all files on photoshop by selecting the 5 images right click and select Edit in > Edit in Adobe photoshop.

There is also the option to Edit in > Merge to HDR pro in Photoshop but I never use that so I don't know if you have the same control with your image.

Depending on you hardware it might take a while to load all images in photoshop, after the files are loaded in Photoshop go to File > Automate > Merge to HDR pro.

Add open files and select Attempt to align source images click ok, Photoshop will now merge them images and open up the HDR dialog, check remove ghosts set mode to 32 bit and mark the middle EV 0,00 exposure it should have a green frame when it is selected, finish up the HDR dialog by pressing Tone in ACR (ACR = Adobe Camera RAW)

In camera raw I make some small edits like adding contrast and adjust exposure, to get a good base image to work with in Lightroom later on.

Now you only need to save the first image of your set, click save or press the little x on the image pane, the rest of the images can just be closed. Head back to Lightroom and apply your favorite preset or do your edits like a champ.

Working with a 32bit hdr image in lightroom gives you so much more data to work with in the shadows and highligts that you can pull your sliders way more than usual without adding image noise and artifacts.

The images used in this tutorial are developed with my Aerial green preset download it for free here: mbernholdt_aerial_green.zip

Let me see what you come home with, do share links to your work in in the comments below. 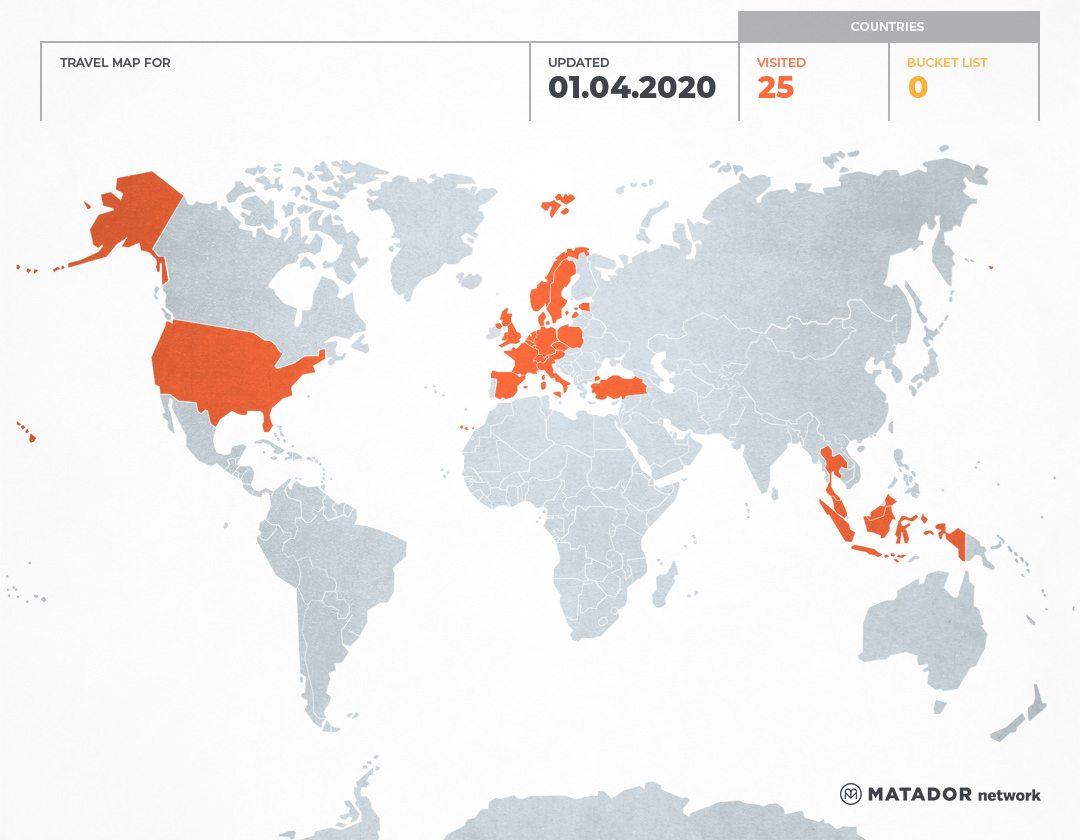 The once who have been following me for some time now know that I occasional, fiddle around with video recording and editing.

So when I got my drone my first thought was now I am really going to get into this whole video production and create breathtaking aerial video footage.

Oh boy was I in for a surprise, all though the DJI Phantom 3 is so intuitive and easy to fly, there is a long way take off to actually being able to capture smooth and pleasing video footage.

My many first flights where spend learning how to maneuver the drone and also capture some great aerial photographs.

But now time has come to see if I could capture some smooth aerial footage. Been out flying around all week and I did learn to fly smooth I realized that it is actually really difficult to find something interesting to film. A trip over Danish grass and forest is not really that interesting to watch and I am not going to waste 5 minutes of your time on that.

After hiking around my favorite photo locations I decided to see if I could capture the Cormorant colony in Susaa (Suså) valley.

That's it hope you enjoy

First 3 month with a New perspective

In November long before it was my birthday my super awesome wife surprised me with a DJI Phantom 3 Professional drone as a early birthday present.

It was something that I had been talking about for a year or to and to be honest I had talked and dreamed about the Parrot Beebop, just because of the sheer price tag on the Phantom 3 Pro. And the funny thing is she was so afraid that I would be disappointed when she gave it to me.

I cried a little of pure happiness when i opend that present.

Now it's been almost 3 month since it became a part of my gear, and even though the Danish winter only has given me 4 days with decent flying weather. Although I have managed to flip it on landing a couple of times, I am starting to feel confident flying the drone. A little hint for new users and something I should have done was just to use the automated landing feature.

One major thing I realized taking my drone out flying the first couple of times was that, carrying it around in the box isn't the most comfortable way to transport it to remote locations. So as soon as my budget could handle it I ordered a Lowepro drone guard cs 400 for it.

I decided to go for the Lowepro, after reading endless reviews on both the DJI hard shell bag and the Lowepro drone guard CS400, and after years of carrying my camera gear in a Lowepro bag, my heart told me that I should go with that.

Next step was to figure out the laws about flying with a drone. To my surprise a drone is considered a aircraft and is under many restrictions.

Here are the main rules for flying in Denmark

Nature reserves and public parks are off limits as well even if distances are kept.

My first flight ever was just a dream. I was amazed at how easy it was to control and I love the fact that if you let go of the sticks on the controller it stops flying and hovers in place. I snapped a few shots and realized that even when you are flying up high in the air, it still requires a lot of thought on composition and camera settings.

Thank god the Phantom has manual camera settings so I remotely can set ISO, Shutter speed, Aspect Ratio and choose whether I want to shoot single shot, HDR or burst.

The one big challenge I have right now is flight time. Having only one battery that gives me about 20 minutes of flight. That might sound like a lot, but giving the fact you spend a couple of minutes on warming up the drone and calibrating the compass, then when you do get airborne you have to find a interesting subject and find the right altitude. All that taken into consideration, I only get to capture 4-5 shots on a flight, before the battery reaches 48% (My limit so that I have enough juice to get home safely).

But it is a easy fix I can just order an extra battery or two when my budget allows for it :-)

All in all I just love this drone and I can only recommend it for any photographer dreaming of the sky. But if you are going to order one sometime in the future, do your self a favor find a bag and a extra battery as well, you wont regret it.

I hope you like the photos  I have taken so far, They can all be licensed on 500px , and if you do decide to get a drone from the DJI store please use this link for a Phantom 3 Professional, it will give me credit in the store for accessories and hopefully not any spare parts: http://click.dji.com/b5911DJgZciqOZnS&nbsp; or this link if you want to get something else from the store: http://click.dji.com/b5911DJg4ltxL7oC right now they have 10 years anniversary so they have some pretty great offers on their drones :-)

A few more from the first 3 months.

One last thing, if you have a minute or two I would love to hear what you think of the photos I have taken so far, I am sold to the straight down perspective right now but perhaps in the future I will start taking other angels. Let me know in the comment field below.

See you up there.

All the Best Michael.

A short movie I made to keep you warm in these freezing cold winter days. All clips a shot in the late summer days of 2015.

Remember Summer from Michael B. Rasmussen on Vimeo.

I am still taking my early baby steps in filming and editing movies but like photography it's a never ending learning curve. All that aside I really hope you enjoy this short nature movie. likes and shares are greatly appreciated

I would also like to know what you think about it.

behind loki nature scenes the

Incoming storm from Michael B. Rasmussen on Vimeo.